Brainstorm aims to break through the stigma barrier by showing viewers how three very different people with different epilepsy types battle through seizures and their devastating effects — like memory loss — to live their lives to the fullest.

“I stumbled upon your movie at 3am when I was unable to sleep due to stress from the possibility of losing my job. Within 5 minutes of watching, I was in tears. FINALLY I found a movie that puts EVERYTHING I have tried to explain to so many people throughout my life into a platform I can share. Every feeling you described, I shared with you. Every tear that you shed, I shed with you.”   –  PBS viewer

Brainstorm was directed, co-produced, and edited by Stacia.

The idea for the film came to Stacia in her doctor’s office while discussing surgery. A small, incredible team of mentors, co-producers, photographers, and her sister brought this film to life, with the help of generous sponsors. Our mission? To reduce the fear and stigma surrounding epilepsy through education.

Seizures can strike anyone, at any age, and in about 60 percent of cases, the reason is unknown. My first one surprised everyone. I was a healthy college runner, preparing for my junior cross country season at the University of Minnesota when I had a seizure at my apartment. Another one struck soon after, but just as quickly as they started, they stopped. Doctors had no idea what triggered those two, so I moved on with my life.

About three years later, seizures would return in many forms. They scared everyone around me. Everyone but me. It’s easier to deny that you could possibly have epilepsy when you don’t have to witness your seizures. Mine often struck when I was out running. Sometimes I was aware a seizure was coming so I’d stop on a curb and ride it out. Other times it would strike so quickly, I’d keep running and get lost. I didn’t fall down and convulse. My legs still moved while my brain was short-circuiting. Dangerous, yes. But at that point in my life, I wanted to keep improving as a TV video journalist and run a 2:50 marathon. Epilepsy didn’t fit well with my goals. But it eventually took over my life and ended my reporting career. A number of tests would make me a candidate for brain surgery. I felt incredibly lucky, because many people don’t qualify.

Why else deny epilepsy? Because epilepsy carries a strong stigma that dates back to ancient Greece. The truth is, epilepsy is as common as breast cancer in America, and takes just as many lives. But people don’t talk about it. I’ve faced plenty of stigma, but it took a horrible life change for me to finally talk. Former Minnesota Gophers football coach Jerry Kill spoke out after receiving a cruel email following a game in 2012.

Brainstorm educates by showing a wide range of seizures, with the expertise of doctors to explain them. Brainstorm is a valuable resource for medical schools, K-12 nurses, teachers, students, health care providers, and the overall public to understand the brain disorder that affects 1 in 26 people. 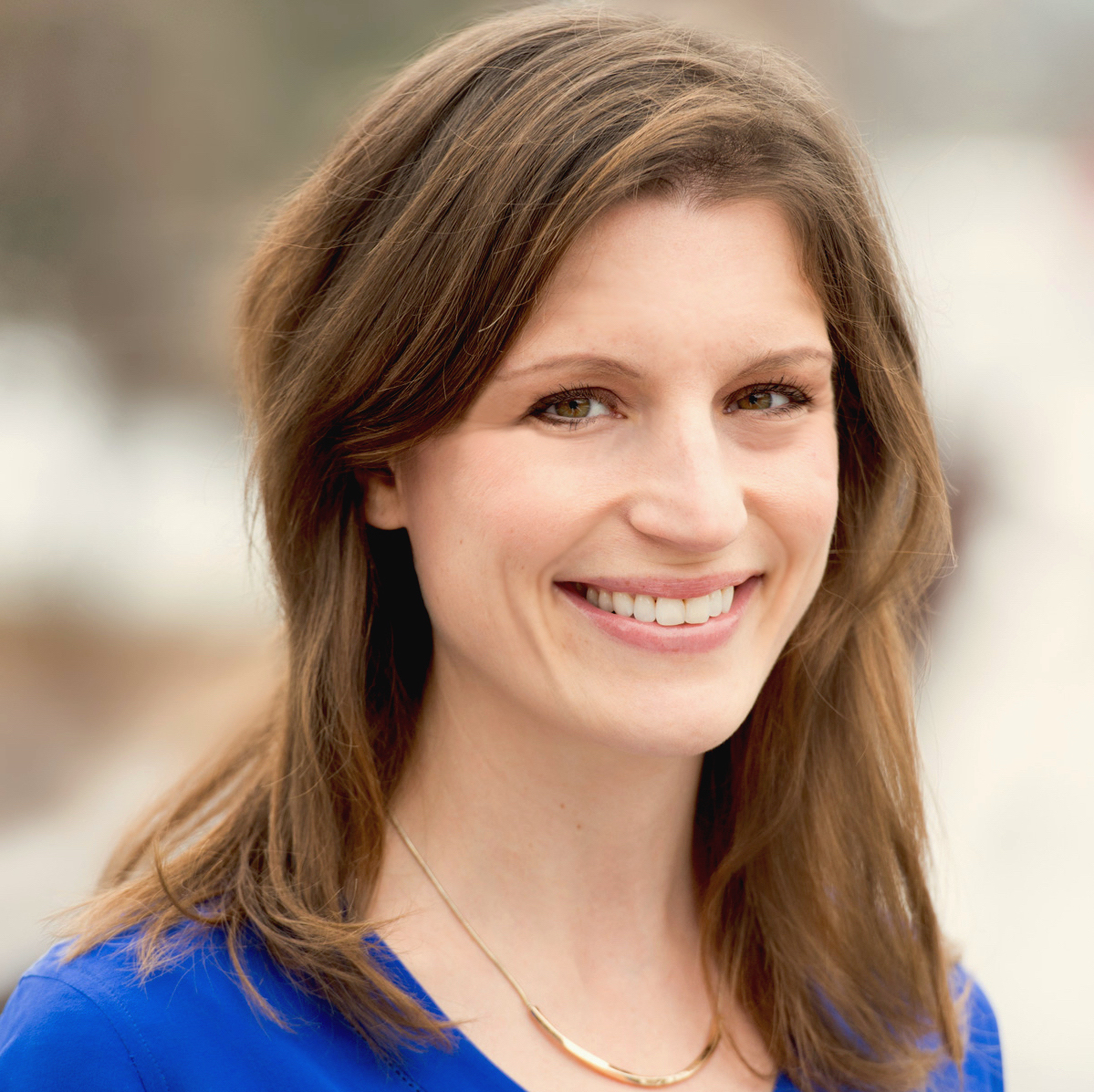 Stacia Kalinoski is a University of Minnesota graduate and an Emmy Award-winning video journalist. She reported for television stations in Nebraska, Oregon, and Michigan before a seizure turned her journalism career upside down. That led her to a life-changing treatment, and the idea to produce this documentary. 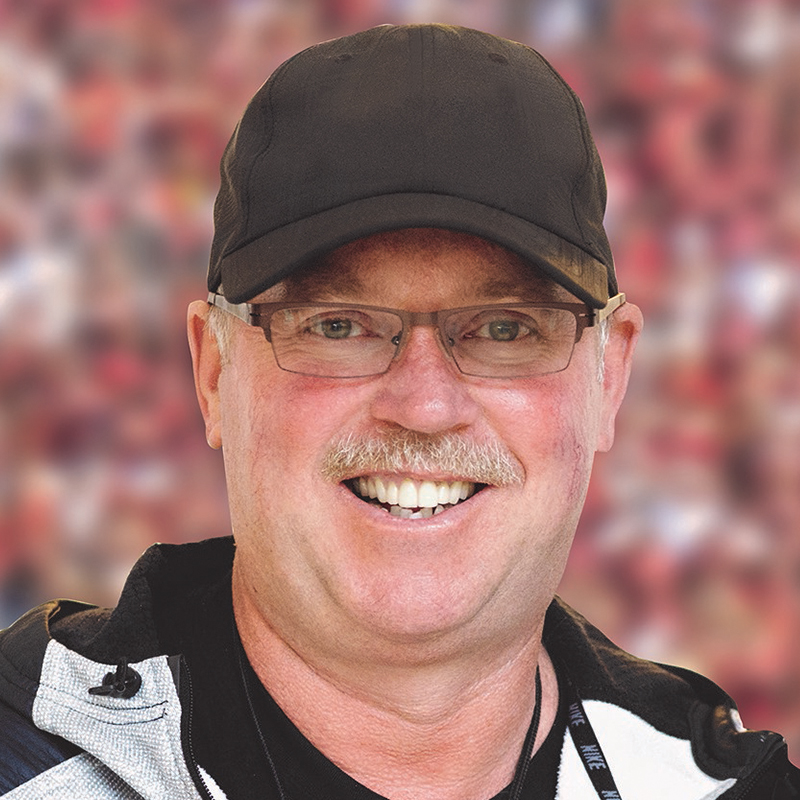 Jerry Kill coached college football for more than three decades. He and his wife Rebecca became fierce advocates for epilepsy awareness while he was fighting his own battle at the University of Minnesota. Together they founded the Chasing Dreams Coach Kill Epilepsy Fund. Kill left his head coaching duties at Minnesota to focus on his health, and became an assistant coach at Rutgers University. But seizures forced him to retire from the game in 2017. He is now an ambassador and fundraiser for Southern Illinois University, where he once coached. 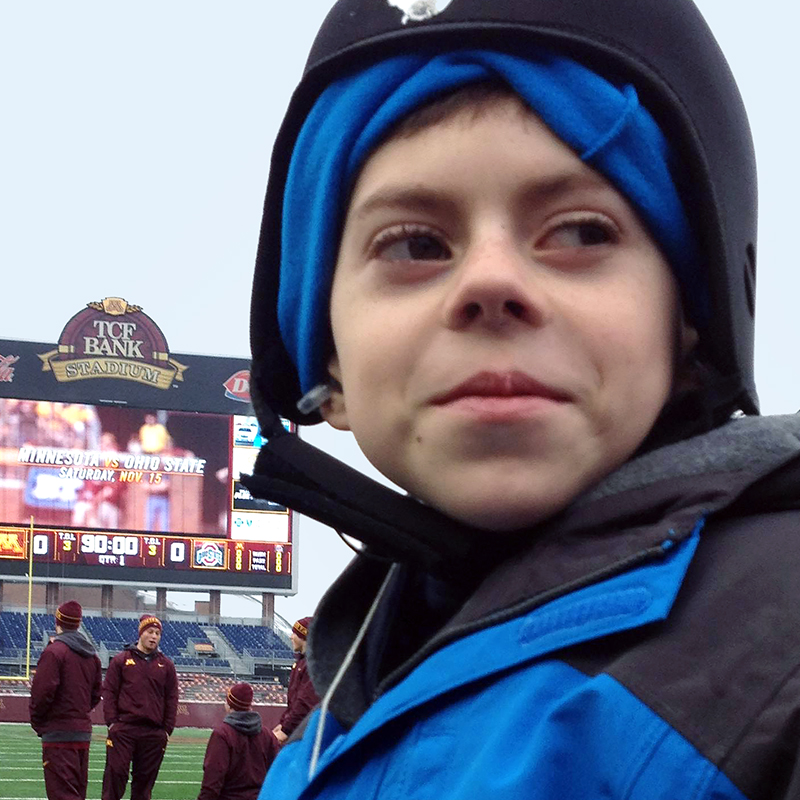 Billy Drash is an active middle schooler in Atlanta and suffers from epilepsy. Billy's parents have worked with doctors to try multiple treatments. A surprise meeting with Coach Kill leads them to try a new therapy. 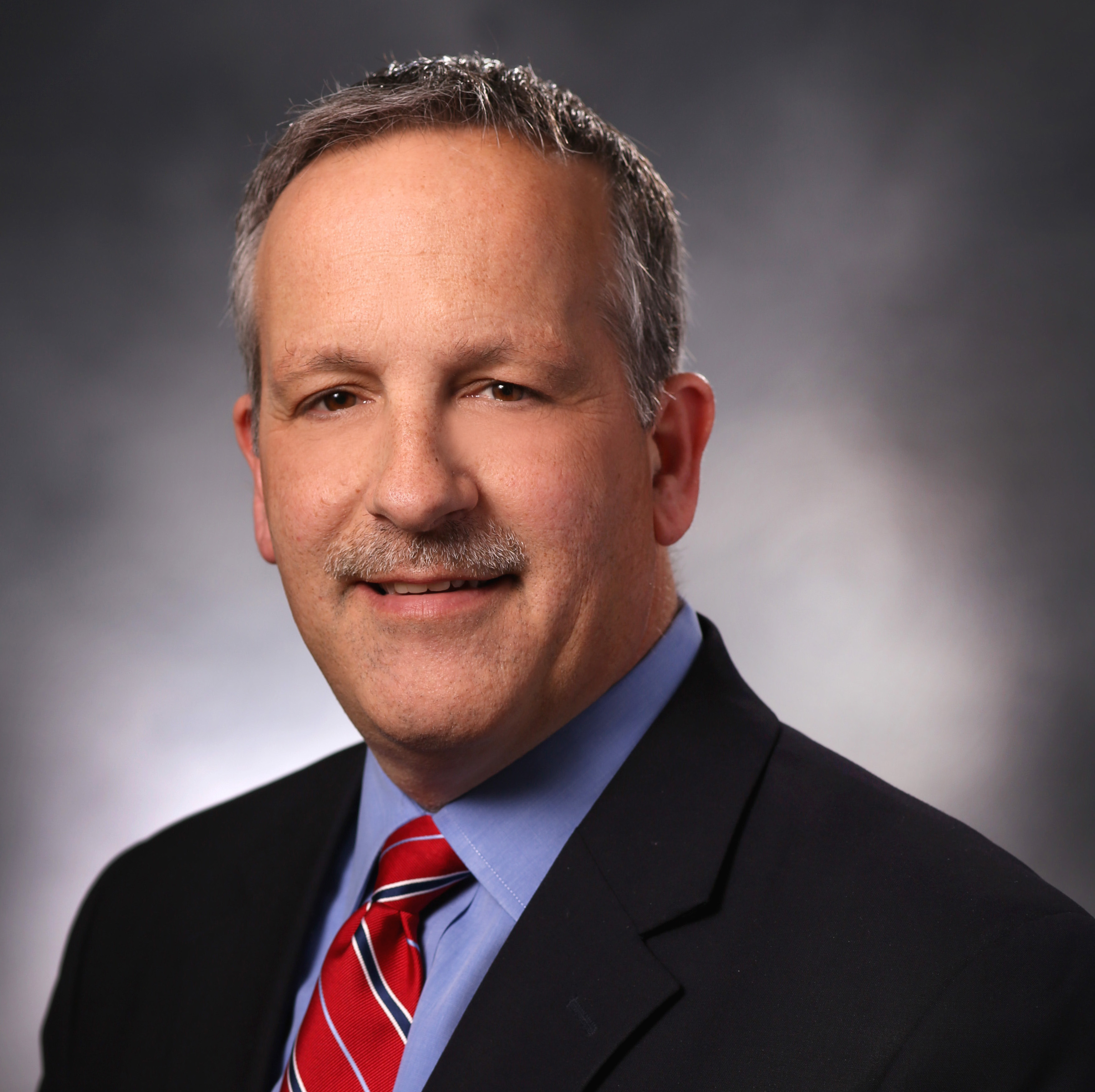 Dr. Brien Smith knows both sides of epilepsy care. He suffered from seizures as a teenager but overcame epilepsy and went on to earn his medical degree from Wayne State University in Detroit. Dr. Smith was medical director for the Comprehensive Epilepsy Program at Henry Ford Hospital in Detroit before coming to Grand Rapids, MI, where he is currently chief of neurology at Spectrum Health Medical Group. Dr. Smith has treated both Stacia’s and Coach Kill’s epilepsy.

Dr. Patricia Penovich earned her medical degree from Case Western Reserve University School of Medicine and completed her neurology residency at the University of Rochester in New York. After Stacia returned to the Twin Cities, Dr. Penovich treated her epilepsy and guided her through advanced treatment options. 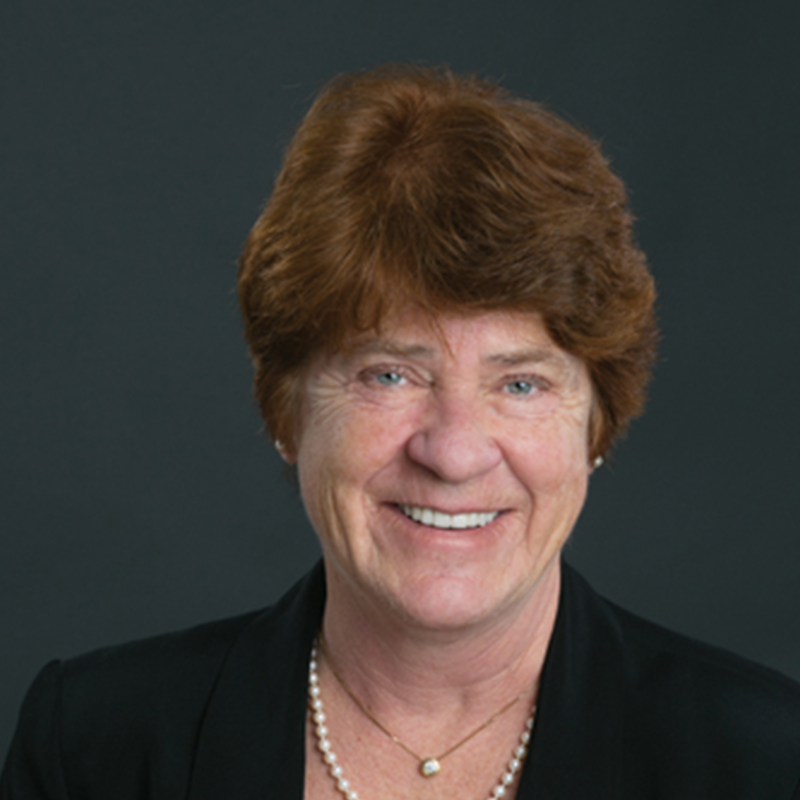 Dr. Mary Dunn received her medical degree from Creighton University School of Medicine in Omaha, Nebraska. She finished her neurosurgery fellowship at University of Minnesota, Department of Neurosurgery. She helped determine if Stacia would be a suitable candidate for surgery. 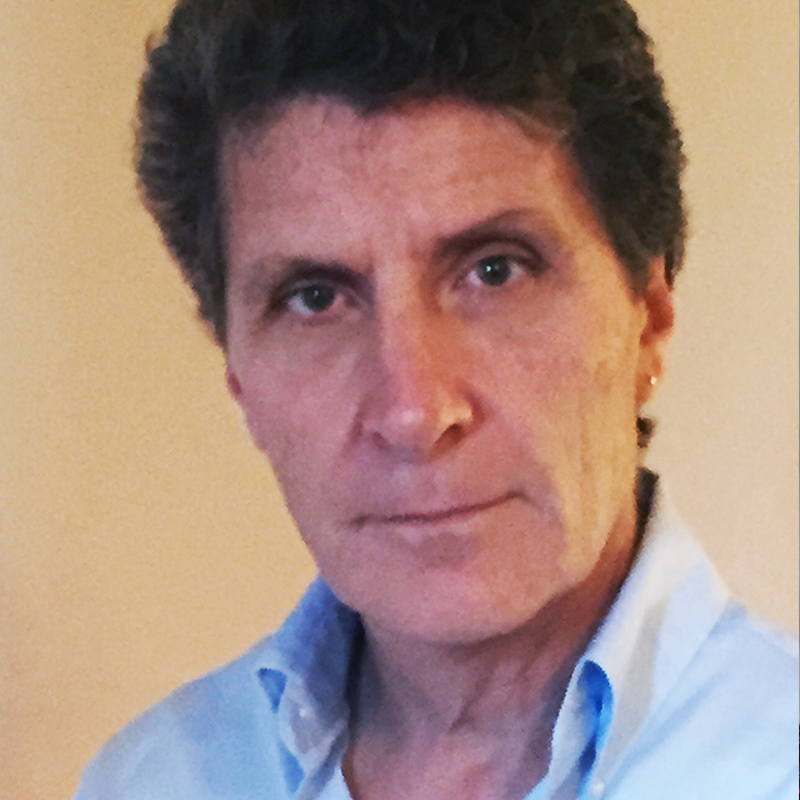 Stone spent 20 years in radio and television news doing almost everything – including reporting and anchoring the nightly news, hosting talk shows and producing news documentaries. From 2002-2009, he served on the faculty at the University of Minnesota School of Journalism and Mass Communication. He currently runs his own video production company which serves clients in both non-profit and for-profit sectors. He is a two-time Emmy Award winner and national awards include the Silver Baton -- Columbia University’s broadcast equivalent of the Pulitzer Prize.

A 30 year veteran of local television news, John has worked in Lansing and Flint, MI, San Francisco, CA and is currently working at WDIV-TV in Detroit, Michigan. He has a B.A. in Journalism, a B.A. in Telecommunications from Michigan State University and a Master’s Degree in Communications from Wayne State University. John's work has been honored with 56 Michigan Emmy Nominations, 15 Michigan Emmy Awards, numerous AP, MAB, and MTNPA awards and an Edward R. Murrow Award. He has also won the Michigan Photographer of the Year awards from NATAS-Michigan Chapter, Michigan’s AP and MAB. 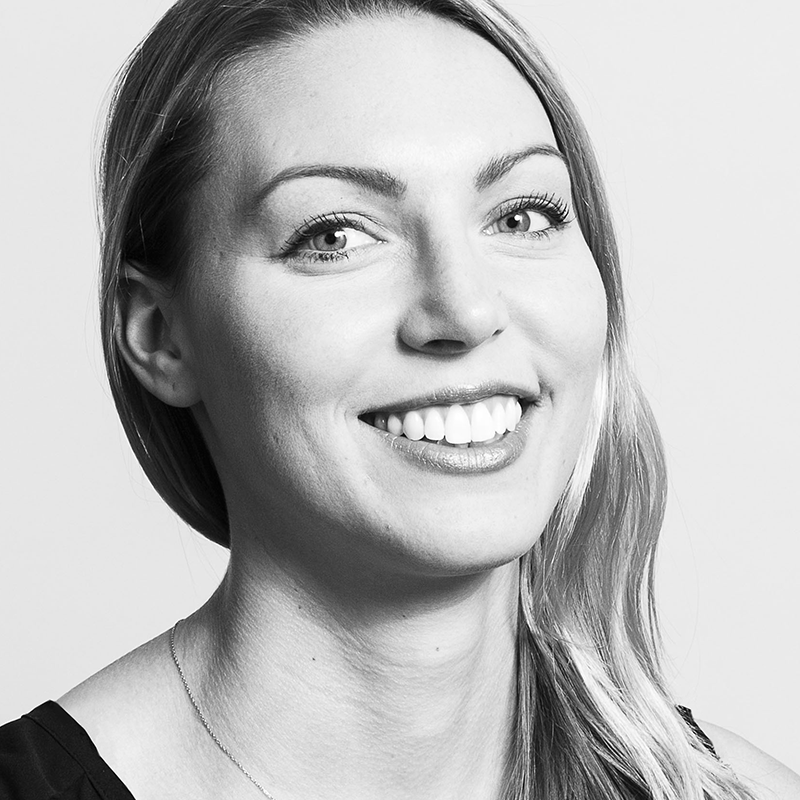 Kalinoski has more than 7 years of experience of design for digital spaces. Sara received her B.A. in art and design from the University of Minnesota in 2009. She has worked for design and digital agencies in Minnesota and San Francisco, and her client experience includes Apple, Audi, Visa and Medtronic. Kalinoski is currently living and working in Berlin.